You'll be deeply relieved, I suspect, when you discover that this post is to be light on words.  I was going to rant a bit about various things but when this morning's news broke about the Japan earthquake, even the most pressing problems at home suddenly seemed so trivial as to be barely worth a second thought.
I can't imagine how awful it must be, when your little world - the solid ground at your feet - suddenly starts jiving and rocking like a 12ft dinghy in a swell.  What do you hang onto when concrete is behaving like jelly and your personal space is suddenly filled with falling masonry.

I'm trying to imagine, too, what our local town's shopping street might be like, suddenly converted into a raging torrent of debris-filled water with ocean going vessels capsizing at the point where one normally catches the bus or nips into the pub for a pint of real ale.

We've had too many earthquakes, recently.  Let's hope there won't be any more for a while. 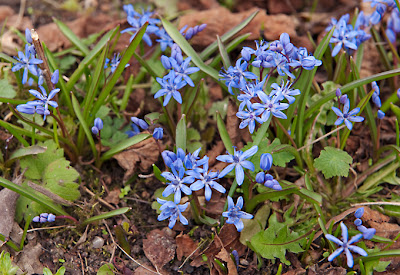 Scilla bifolia with weeds in my woodland garden.
About 15 years ago, I was wandering up Mount Parnassos, in Greece, with Kew orchid expert and botanist Philip Cribb and a party of fellow enthusiasts.  Phil was searching for wild orchids, but I was being bowled over by anything in flower.  As we neared the summit, where the snow was receding, I gasped with excitement and awe at the sight of spring flowers popping up in the damp  turf.  They weren't even waiting for the snow to melt but were thrusting through the pristine, crystalline slush at the margin of the snow field.  Crocus sieberi were the most obvious but the plants that won me over completely were Fritillaria graeca and Scilla bifolia. 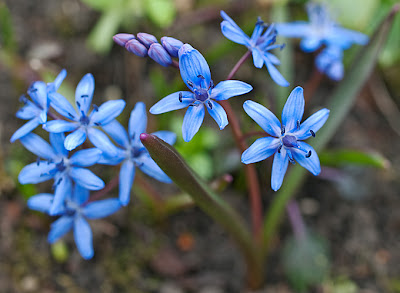 The blue is as intense as that of Gentiana acaulis - not reproduced too well here.

The intense blue of scilla bifolia has to be seen to be beileved. They're shortlived and, frankly, not very gardenworthy, but for the few days that they are in bloom, they're an absolute joy. Back home, I quickly got hold of some bulbs and now have a thriving little colony. 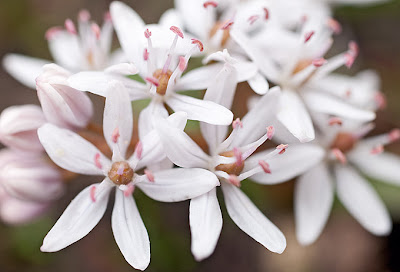 Among my seedlings, this pale pink form showed up.  I hope it multiplies.
Enjoy them - their beauty cannot be denied- but while you take in the blue, in my rather inadequate and rushed shots, please think of people who have suffered in recent natural disasters.

BY NO MEANS LIVERISH, NOR EVEN ICTERINE.
You may recall I mentioned hepaticas recently here.  Well, I'm glad to report that the rather tatty pink job originally bought at an RHS London show, has spawned some pretty babies.  Enjoy those too.  Sorry the photos are substandard, but I did them just now, on the run, in wind and lousy light. 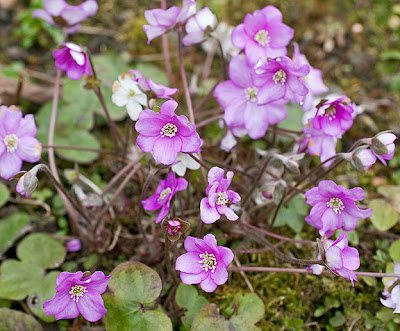 The colours all look similar, online, but I can assure you they are all quite different. 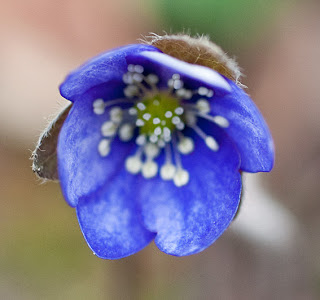 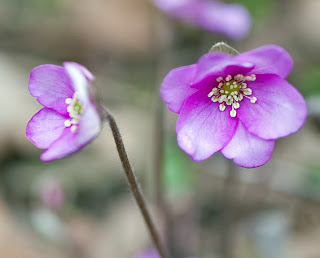 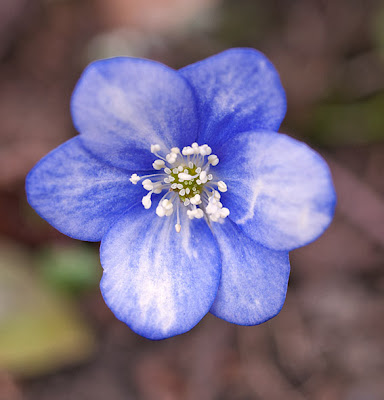 Best of the seedlings a mid blue suffused with white.

I'm listening to a Tchaikovsky Piano Sonata and not enjoying it very much.

This week's film was Tirez sur le Pianiste - translated as Shoot the Piano Player.  Francois Truffaut getting dangerously close to awful 'New Wave,' but still a fine little film of just over 70 minutes.  Charles Aznavour is so perfectly cast as Saroyan/Kohler, the timid little musician who screws up his life because of excruciating shyness, and who is also caught up in some dark, weirdly plotted gangsterish thuggery which is never really explained.  Thankfully he doesn't sing much.  Oh, sorry to offend Azanvour fans. Wonderful to see the magnificently nosed Albert Rémy who most people remember from The Train.


This day in 1992 I was writing my first novel, The Kirkland Acres and complaining about the bitter cold wind and sparrows ruining my pulmonarias, wisteria and clematis. 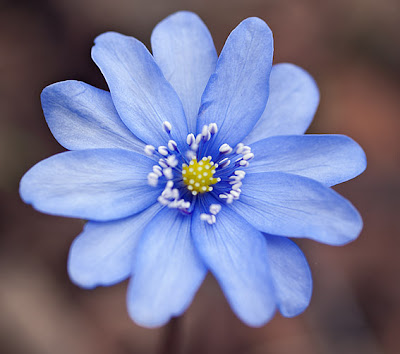 Hepatica transsylvanica. More petals, you will note.
Thanks for reading - byeee!
Posted by Plant Mad Nige at Friday, March 11, 2011