I EXPECTED A SüSSSPEISE BUT THE KAISERSCHMARRN WAS RATHER A SURPRISE

Good Morrow, all!    I write under intolerable pressure, since I should be tackling the usual Sisyphean task of trying to catch up with uncompleted tasks, having been to Germany and dealing with Mother. 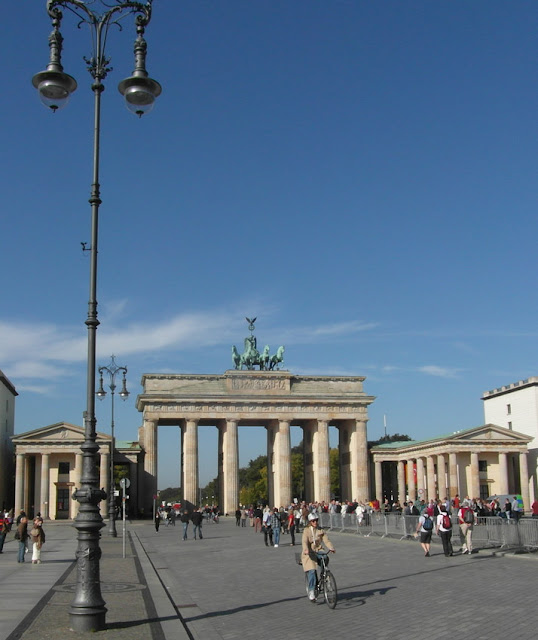 
We have drought, still.  No rain expected for another ten days; my autumn perennials drying; the lawn dead; the paperwhite bulbs which I promised to plant in gravel in a pot are still in their packets and the gravel is still under weeds, weeds in the drive.  Why doesn't drought kill weeds?

And now it's hotter than Jeddah, here, and the sycamore leaves are burning up.

If I bump into any climate change deniers over the next couple of weeks, I shall probably hit them, if they're smaller than me and if their bigger, I'll slip vine weevil pupae into their pockets and pee into their petrol tanks when they aren't looking. 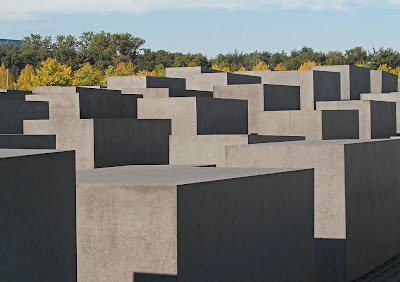 Part of the Holocaust Memorial, Berlin.

In Die Walküre both Siegmund and Sieglinde were achingly wonderful and Wotan acted with such conviction that we thought he really was having a heart attack on stage.

Siegfried began Siegfried as a thick, spoilt, twat of a child, bullying the odious Mime but puzzled about how to put two pieces of Lego together.  He finally grew up.


The last act of Götterdämerung and its conclusion had the entire vast audience stunned to silence for a full minute before shocked applause began tentatively, swelled slowly and finally grew to tumultuous acclamation.  The entire cast, stage crew and orchestra too curtain calls.  I have seldom been so moved at any theatrical production anywhere.

The stagecraft was amazing, intricate, complex and it all worked to a tee.  And the music, conducted by Donald Runnicles, was fine. 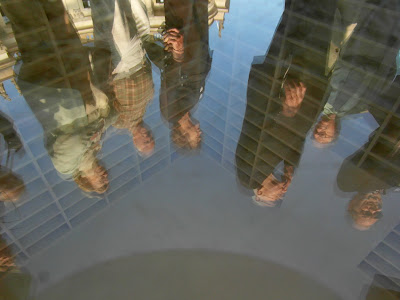 Berlin was a city one instantly takes to.  Since reunification, it has united with a vengeance and the best bits of architecture, by far, are all in what was East Berlin.  We saw the various museums - Pergamon has to be seen to be believed and Nebuchadnezzar the Second's glazed bricks and sculpted, processing lions blew us clean away.


Other thoughts about Berlin:
1. Everything seems to function as it should.  Unlike London, there were several streets where the road was not being dug up.

2.  House sparrows, virtually gone from London were widely abundant, all over the city. Now why would that be?

3.  The street trees, a mix of various species of oaks, limes and one or two other interesting specimens are allowed to grow much more freely in London, partly because streets like the Kurfurstendamm or Unter den Linden are so much wider, longer and therefore able to accommodate them without nuisance.

4.  Berlin's parks really are rus in urbe.  The Tiergarten is a restful, green forest with the river Spree snaking along one side and the city's superb Zoo on the other.

The PG has announced that we will be returning.  So much more to see, to do and to achieve before then, though. 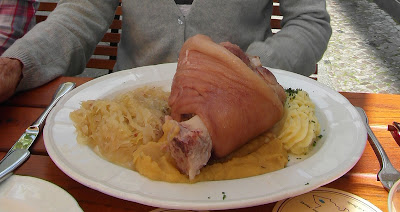 Last Saturday, we were taking our seats for Götterdämerung.  But this day last week, I tackled a monstrous Kaiserschmarrn and got a round of applause for finishing it.  I also got indigestion.  You can find a pretty good recipe here .

This week's film was Wild Strawberries.  The first Ingmar Bergman Masterpiece I ever saw and having spent two days seeing to a sick, ageing mother, I felt it was appropriate.  Anyone who approaches old age must watch this film - it's a vaccination against age-related misanthropy.  Look and learn.

I'm reading the incomparable Roger Deakin - Notes from Walnut Tree Farm.  That man is on a par with Richard Jefferies and produced some of the finest nature writing of the past half century.  So sad that he died before giving us more. This statue of Prometheus was found in Albert Speer's office, apparently.  I've forgotten who the sculptor was, but clearly not an ornithologist.  It's a vulture about to eat out his liver, rather than an eagle.