Oh dearie me - another embarrassing gap between posts.  Please forgive. 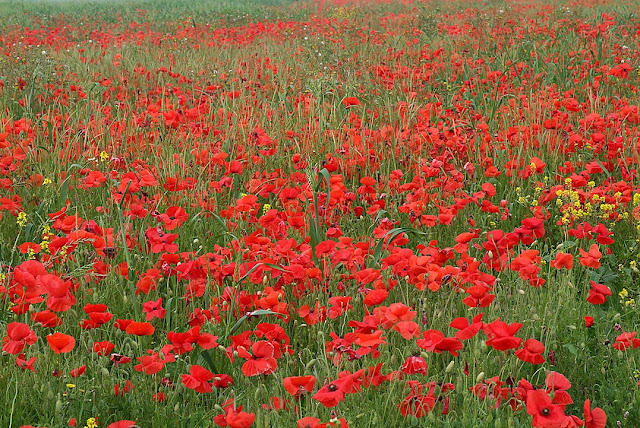 I posted these pictures a couple of weeks ago because I had intended to rant about politicians, celebrities and public figures who began piously to wear Haig Fund charity poppies several weeks before Armistice Day or Remembrance Sunday.


I can't understand why I found such low key demonstrations of personal worthiness so offensive but the whole thing put me off wearing a poppy at all, this year.

It seemed as though there was a contest of some kind, to show who cared most about the millions of  young lives thrown away because of awful policies, mostly devised by old men.  And with people still dying in unnecessary wars or at the hands tyrants, the whole idea of remembrance seemed to me to have become cheapened by turning the poppy into some kind of uniform or a badge of virtue.

Then, after reading Robert Fisk in the Independent and Harry Leslie Smith in the Guardian I realised that there were far bigger minds than mine reacting to such behaviour.

And when, by mistake, I tuned to that puerile television dancing contest on the BBC, last month, I noticed that absolutely everyone wore poppies of one kind or another.  Some even appeared to have small red enamel and gold ones.  How distressing, to link chic items of costume jewelry with more than a million boys and young men who died hideously and agonisingly in Flanders where Papaver rhoeas happened to grow in the shell-ravaged battlefields.

That November badge – cheap plastic imitation of a field poppy – has become even cheaper and shoddier.  In future, I'll still make an annual donation to the British Legion but won't be wearing a buttonhole. 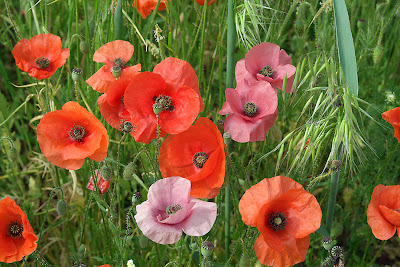 Natural variation, spotted in a field of poppies.

The poppy itself could never be besmirched.  Such peerless beauty is everlasting and one of the great delights of the summer is to see the poppies, individually at first – a scarlet roadside flash – and then in profusion.

It's difficult to analyse that beauty.  Is it the pleated petals, pressure-packed like a tiny parachute in the gooseberry-haired bud?  Is it the rapid expansion, like a butterfly from its pupa, from wrinkled blob to silken perfection?  Or is it that the flowers don't really fade.  They emerge, they're fresh and lovely, they fall. 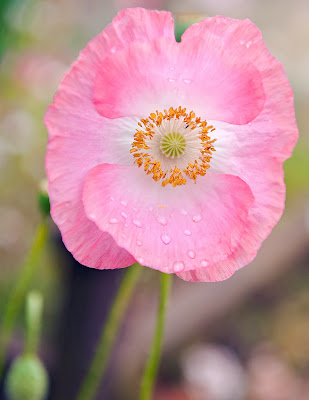 
Field poppies, both wild and garden forms, breed and mongrelise all over our garden.  Some are semi-double, some plain scarlet, some pink, some cinder-grey with red undertones like the poet  Hopkins's 'blue-bleak embers' which 'fall, gall themselves and gash gold vermilion.' 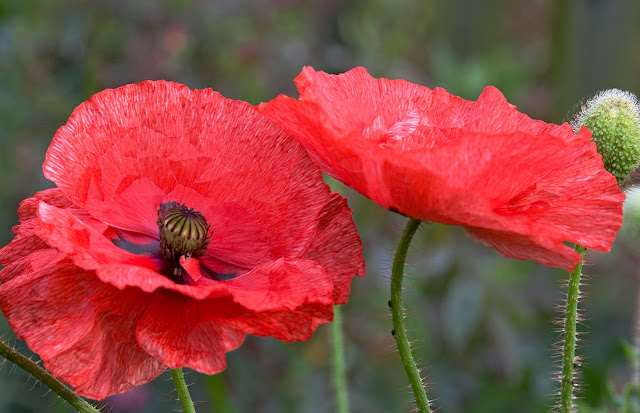 A semi-double field poppy in my garden 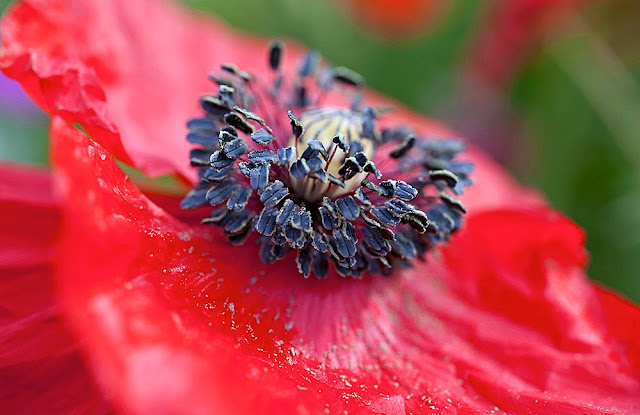 Stamens.  How many flowers have dark grey ones? 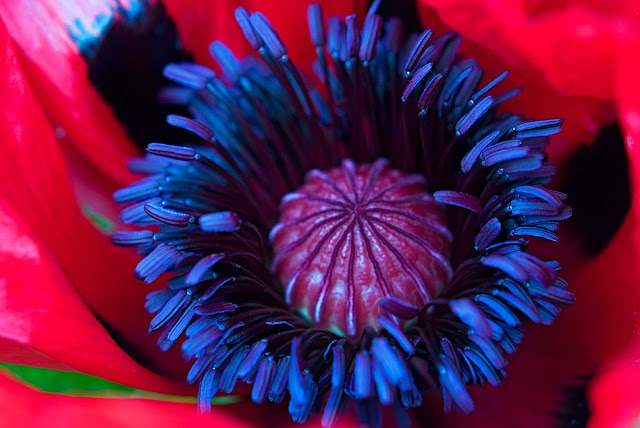 An unlikely blue tinge on Papaver 'Beauty of Livermere'  It's a perennial, probably just a good form of Papaver bracteatum. 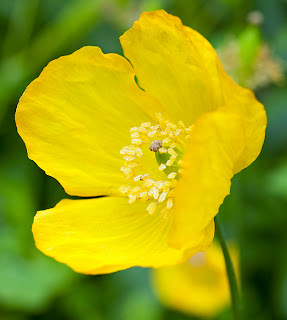 Meconopsis are wonderful, too, but they lack the charm of the big, pepperpot central capsule.  There's nothing better, for cool shade or semi-shade, though, than a stand of Welsh poppies. 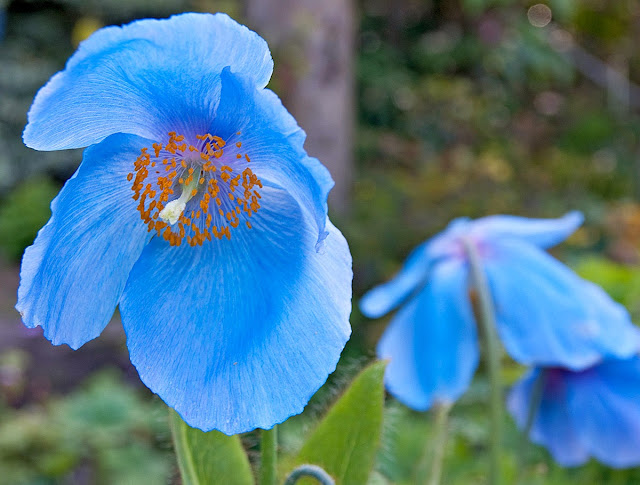 And finally - a Himalayan blue job.  I think it's 'Branklyn' but a meconopsis of one sort or another.


I'm listening to Benjamin Britten's Friday Afternoons, song arrangements for children.  It being the great man's centenary, I'm working through my collection.  Grimes is being saved until last.

This week's exciting event was the Garden Media Guild Awards Lunch.  Everyone was extremely jolly and the food was delicious.  Awards were presented.  We consumed six cockles each among other things as an appetizer and ate blue-grey potatoes with tender lamb, followed by a tiny tarte tatin.

That's it for now. Bye bye.